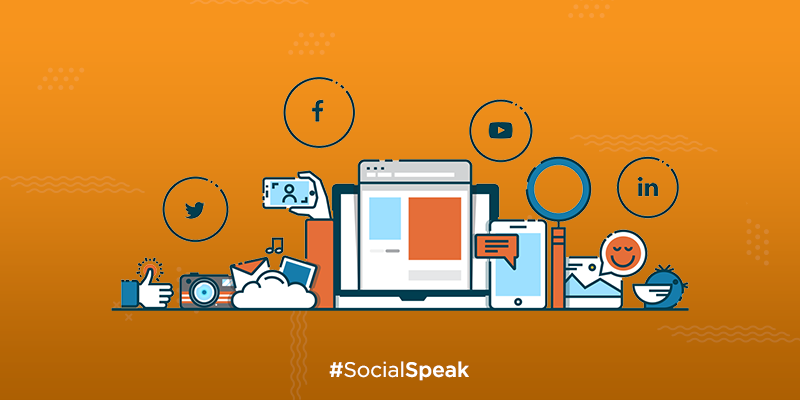 Updates are never ending in the social media world.
What’s new for this week? Here’s a summary of the latest updates in your favourite applications.

The professional networking service, never one to dive into a social media trend too quickly, is finally dipping its toes into the Stories format. Yes, the stories trend has officially made it to LinkedIn.

LinkedIn is testing its own Stories feature with some of its student users in the United States, the company has confirmed. The feature puts short video clips at the top of users’ feeds in the main app to show students about the activities of their classmates as well as those at nearby schools.

Like Snapchat or Instagram Stories, the videos are tappable and will only appear for a limited amount of time (seven days, according to a LinkedIn spokesperson). Unlike Instagram or Snapchat, though, each individual video can be up to 45 seconds, significantly longer than the usual 10-second time limit.

The feature has been launching slowly over the past month, but will be available to all college students in the U.S. soon, according to the company. It’s not clear if LinkedIn has plans to expand beyond university students or to bring this feature to schools in other countries.

It’s also not the first time LinkedIn has experimented with features that look more like those of Facebook or Snapchat. The company has also experimented with Snapchat-style location filters for people to use at live events. The service also recently added a new events feature for its members to organize IRL meet-ups.

YouTube will let users watch more ads to start in order to avoid disrupted viewing.
YouTube knows that its mid-roll ads can be annoying, but ads are also how the platform makes money. So now it’s looking to make something of a compromise – you watch two ads before your video plays, and you can avoid being disrupted later.

YouTube notes that it will continue to offer new ad formats and options in line with usage trends, which should help marketers generate better results from the online video leader.

Twitter has unveiled a new update to its Explore section which separates the latest news into sections, helping to improve relevant content discovery. The update is only available to US users for now, though you’d expect that it will get a broader roll out in the near future.

Lately, Twitter has been able to consistently boost its daily active usage rates through a range of enhancements, including algorithm sorting and improved discovery tools.

Facebook is now rolling out its promised ‘time spent‘ dashboard within its main app, enabling users to track the time they’re active on Facebook each day, and set prompts to limit their use.

Designed to help you manage your social networking, the dashboard reveals how many minutes you’ve spent on Facebook’s app on that device each day for the past week and on average.

You can set a daily limit and receive a reminder to stop after spending many minutes each day, plus access shortcuts to notifications, News Feed and Friend Request settings. Those last two shortcuts are new, but otherwise, the feature works the same as when it was previewed. You can access it by going to Facebook’s More tab -> Settings & Privacy -> Your Time on Facebook.

Stay tuned to #SocialSpeak for more on the latest social media trends, and for the inside scoop on what’s happening in 2018.

Unearthing the Latest Developments in the World of Social Media

#SocialSpeak: Facebook Capitalises on Video Ads and Google is Changing its Search Features

It’s no secret that the use of video in content marketing is on the rise,...

#SocialSpeak: All the social media updates you need to know for the week

Small changes with a great impact. What’s new this week in the Social Media world?...

Social Media Updates You Need to Read This Week

Social media is constantly evolving, and you should follow suit! Read this week’s blog to...