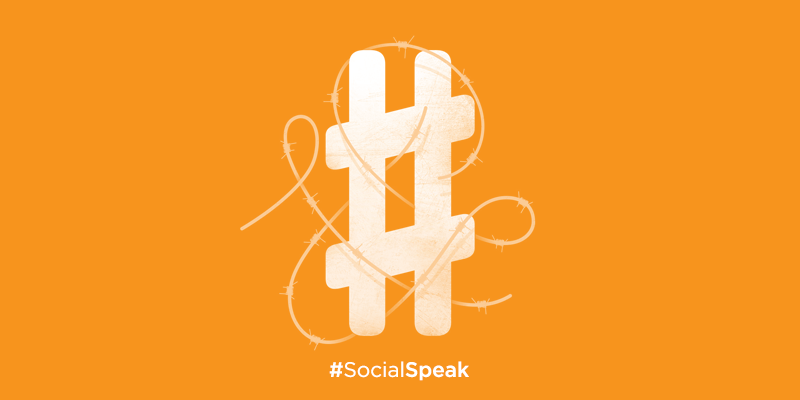 One person dies every 40 seconds to suicide according to the World Health Organization (WHO) data. Suicide is the second leading cause of death in people of ages 15 to 29.

Interventions aiming at preventing suicide could be of various forms, however, according to the WHO, improved monitoring and surveillance of suicide attempts, is a crucial element of suicide prevention.

One of the many initiatives targeting suicide prevention is through social media platforms. On the 10th of September, 2018, Twitter marked suicide prevention day, in partnership with the International Association for Suicide Prevention (IASP), through launching an emoji of an orange ribbon, which represents the international symbol of the event.

The emoji which will be active from the 7th till the 16th of September in 15 different languages, will appear when a Tweet includes the hashtags #WorldSuicidePreventionDay, #SuicidePrevention, #WSPD2018, and #WSPD.

Apart from this, Twitter will help connect people at risk of suicide with needed support, through the extension of its tools. This support will be through Twitter’s partnerships with suicide counseling and prevention services in different countries.

Through the new additions, a user who searches for terms linked to self-harm or suicide, will get a prompt as a top search result that encourages him/her to reach out for help, providing the contact details of the partner organization in the user’s country.

Twitter’s blog post has a “reporting form” tool to report people at risk of committing suicide or self-harm where there is a special team responsible for reviewing such reports. Once Twitter receives the reports; it will contact the reported user, and provide him/her with the available hotline and online help resources. The blog also provided Twitter’s “Help Center” tool which provides information for user experiencing suicidal thoughts, or for users concerned about others.

Facebook users have always had the ability to report posts which may indicate that another person is having suicidal thoughts. The reported post is then reviewed by trained members of Facebook’s Community Operations team, who if needed, connect the post with special resources that provide support.

Just last year, Facebook started using a tool which detects posts that may indicate that someone is at risk of suicide. Not only does this tool detects posts, but also concerned comments from family and friends on the posts, which could include comments like “Tell me where you are” or “Call anytime”. If a post is detected, the user will receive Facebook’s suicide prevention support materials.

Users searching for a banned hashtag such as #thinspo for instance, are redirected to the support system. Other users also have the ability to send an anonymous report when coming along posts which may indicate a person is having suicidal thoughts. The user getting his/her poster reported will then receive an alert saying “Someone saw one of your posts and thinks you might be going through a difficult time. If you need support, we’d like to help.”The user will then get a variety of options, such as calling a hotline, or talking to a friend.

Addressing mental health issues needs a multidisciplinary team of all stakeholders in the society. Given that research has highlighted the clear linkage between self-harm and the usage of social media, it is important that these platforms, especially the most popular ones, play a role in the prevention of suicide or self-harm, however, it is crucial that technology would not replace people in this process, who are the key players in providing the compassionate support for a loved one they are concerned about.

Stay updated with the latest social media updates and news with our Social Speak!

#SocialSpeak: Weekly Round-up of The Biggest Developments in Social Media

Picking up from where we left off last week, we’ll be shining a spotlight on...

Is TikTok the right channel for your brand?

If you are reading this right now, the chances are that you have already seen...