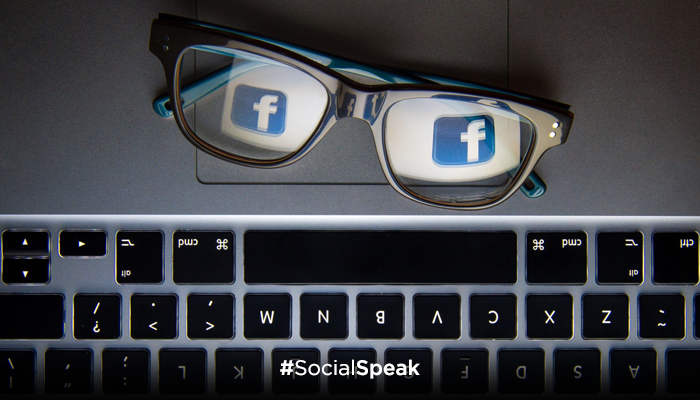 What is up with Facebook, you’re probably wondering. There has recently been rising concerns over the privacy of data that users submit to the social media platform. The issue reached its peak when Facebook CEO, Mark Zuckerberg, was asked to testify before Congress regarding this vital issue, especially after the Cambridge Analytica incident.

Is your personal data really at stake? Were you among the individuals whose personal data was leaked? And what do these updates mean for advertisers? Read this week’s edition of Social Speak to find out more.

When Did It All Start?

Data privacy is not a new topic. It has been discussed since social media platforms came into existence. You know those lengthy terms and conditions we all say yes to but never actually read? Yeah, that is partially where the problem lies.

It all started when a personality quiz called, “This Is Your Digital Life,” created by data scientist Aleksandr Kogan in 2014, managed to collect data from about 87 million people, mostly from the US. This number was estimated by Facebook itself based on info from the number of people who took the quiz, in addition to their friends, due to Facebook’s loose restrictions.

This information was then passed on to a voter-profiling company called Cambridge Analytica, with no prior notification or consent from the users. It is claimed that this data was used to influence elections during the time when Donald Trump was running for presidency.

Zuckerberg’s Say On The Matter

Zuckerberg acknowledged that he made a “huge mistake” during his testimonial, in failing to recognise the responsibility that Facebook held towards its users. His own data was actually included in the leakage (the irony!). Moreover, he pledged to lock down the personal information for Facebook’s 2.2 billion users. On the other hand, he declared that he’s not intending to alter Facebook’s business model, but will be introducing changes in response to what happened, which the coming days will surely reveal.

So What Does This Mean?

Facebook is considered quite a rich source of data for advertisers to ensure their targeted ads reach their audience. So just to make one thing clear, Facebook does not sell its users’ data, but rather uses it to sell access to them.

On the other hand, bear in mind that you already give third-party applications permission to access your information, such as Uber or Anghami. Indeed this makes your life easier because you don’t have to remember so many passwords. But you’re giving away info, and that is a tricky issue. What Facebook is trying to do is prevent these apps from accessing your friends’ information, which was what happened with the Cambridge Analytica incident.

Would this prevent tech companies from gaining access to your information? Probably not. However, we will witness a slight shift in the coming period, meaning that tech companies will be the ones doing data analysis more than the advertisers.

What does this teach us? Transparency is key. Social media platforms need to be more clear and specific about their regulations so that users can know exactly what they’re getting into. Moreover, other social media platforms ought to take what happened with Facebook in consideration to prevent similar predicaments.

How do you think this dilemma will affect Facebook’s popularity? Share your thoughts with us on SOCIALEYEZ’s social media platforms.

And that’s a wrap! Stay tuned for next week’s edition of #SocialSpeak for your dose of the latest social media news.

Facebook is working on adding a new video option which aims to boost engagement by...

Looks like 2018 will be a good year for social media, with platforms already working...

The social media world is always full of updates. What’s new for this week? Here’s...

The social media world is always full of updates. What’s new for this week? Here’s...