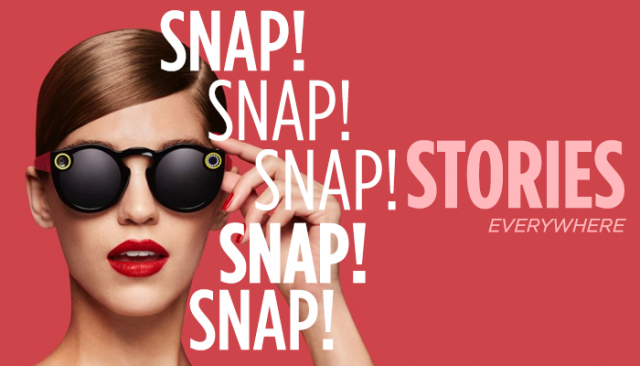 Looks like 2018 will be a good year for social media, with platforms already working hard to enhance their users’ experience and take it to a whole new level! Read this week’s edition of Social Speak to learn all you need to know about what social media networks have in store for us.

As a way to rekindle people’s interest in the app and drive user growth, Snapchat is looking to launch a new feature called “Stories Everywhere.” It will allow users to share and post their snaps outside of Snapchat, on other apps and websites.

Such a feature would make the Snapchat content last longer, instead of it disappearing completely after a few hours. This change already started earlier with the introduction of the “Memories” feature, which allows you to repost snaps, but those appear with a date stamp to show that they are not new.

The “Stories Everywhere” feature will appeal to regular users and marketers alike, expanding people’s exposure to snaps and driving traffic back to the app. This will also pave the way for making content last longer.

What are your thoughts about this? Do you think this will add to Snapchat’s charm or take away from its essence? Share your opinion with us on our Twitter page @SOCIAL-EYEZ!

Good news for marketers! Facebook has introduced a new ad testing feature called “Dynamic Creative”, and it is pretty cool, in our honest opinion.

Social advertisers can now test multiple elements within a Facebook ad to see how they perform for a specific target audience. The feature accepts up to 10 images/videos, five ad text variations, five titles, five headlines, five link descriptions and five CTAs. This customized variation will help marketers determine just the right mix for their ads.

The new feature will help advertisers improve their ad reach and obtain more accurate results since they have a more customised way to test their ads. It will also give them the chance to determine the most suitable ad combination for each campaign, ensuring an efficient utilisation of creative assets.

Twitter is one of those platforms that constantly try to take their features up a notch and make their users’ experience as engaging as possible. So what is new on their front?

Twitter has been recently focusing on how they send notifications to their users. They have introduced an algorithm, which sends users the tweets that they could be most interested to see. Moreover, the “In case you missed it” feature allows you to see the tweets that you missed while you were away, catered to your interests and what you check out the most.

In addition, Twitter has enhanced their “Explore” section to highlight more relevant content. They’re added more subsections that present you with the most-read articles in a specific field, in addition to topic-based highlights.

Will these updates be enough for Twitter to maintain its status in 2018? We will have to wait and see.

That’s it for this week’s social media news. Stay tuned for more updates next week!

You’ve heard it all before. Likes are more important than lives. Social media is tearing...

#SocialSpeak – The Past, Present and Future of Social Media

The world of social media is constantly evolving, from months, days to mere minutes! Over...

According to the latest Statista report, by June 2016 there were more than 500 million...

Networking events, meetings, workshops, and more, the business world never sleeps. We all look for...